<
>
Our research program encompasses areas of both theoretical and applied neuroscience. The theoretical side of our research program explores the neural processes and mechanisms that underlie human learning and decision-making while the applied side utilizes mobile neuroimaging technology to solve real-world problems. In our laboratory we use a range of methods including electroencephalography (EEG), functional magnetic resonance imaging (fMRI), eye-tracking, virtual reality, motion-tracking, and computational modelling to study the theoretical and applied science research questions that we are interested in.
​
The Theoretical Focus
The theoretical aspect of our research program examines the systems and mechanisms that underlie learning and decision-making. Our theoretical research is model-driven – we use both theoretical and computational models to make empirical predictions about neural systems and then use neuroimaging data to assess the extent to which the brain’s computations align with theoretical predictions. For instance, it has been posited that human learning is in part dependent on the computation of prediction errors - discrepancies between expectations and outcomes - that are used to evaluate and modify subsequent behaviour. Our research in this area over the past decade has been influential; we have demonstrated that observable electroencephalographic responses to feedback appear to mirror theoretical prediction errors. For instance, in 2009 we demonstrated that the neural responses evoked by the presentation of outcome feedback diminish as learning occurs - but only for people who actually learn the presented information. In follow-up studies (e.g., Krigolson et al., 2014), we extended these findings and began to explore the relationship between the processing of response outcomes and how they modulate changes in the neural responses associated with decision-making. Recently, we have begun to explore the neural correlates of decision-making processes. For example, in a study we have just published (Williams et al., 2019) we have probed the neural signatures of Kahneman’s System One and System Two decision framework. If you're interested in our approach to decision making, check out our recommended reading list.

The Applied Focus
The applied focus of our research program has largely been centred around the validation and use of mobile EEG technology. In 2017 for instance, our laboratory published a validation paper that demonstrated similar data quality between a traditional research grade EEG system and the low-cost $199 MUSE EEG headband. Since this initial validation work, our laboratory has been exploring potential uses for mobile EEG technology – something that has led to an ongoing collaboration with NASA’s Mars mission. For the NASA project we will be deploying MUSE technology and a custom iOS app developed in our laboratory to monitor changes in astronauts brain health and performance brought about by isolation during a one-year mission within the HI-SEAS Mars Habitat in Hawaii. In other mobile EEG projects, we have used the technology that we have developed to monitor fatigue in clinical settings such as the emergency room of the Royal Jubilee Hospital in Victoria and at a gold mine in northern British Columbia. In other recent projects we have used mobile EEG technology to predict batting performance in baseball (Pluta et al., 2018) and we are currently planning a trip to Nepal to study mindfulness in Buddhist monks. The growth of the applied aspect of our research program has also led to an important side benefit – it has created opportunities for my graduate students for funding and also for careers outside of academia as evidenced by successful NSERC Engage and CRD grants in addition to numerous Mitacs Accelerate Fellowships. 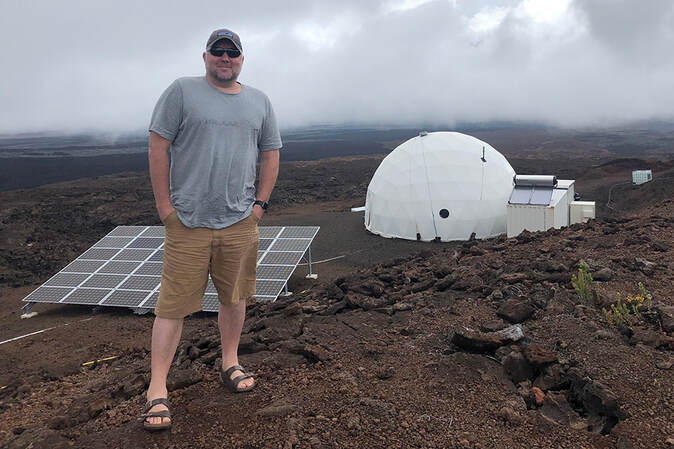 We utilize EEG ("brain waves") and specifically event-related brain potentials to study cognitive fatigue and its effects on brain health. Fatigue is a huge issue in a variety of workplace environments-we know people get tired (Ferrara et al. 2001), we know they make more mistakes when they are tired (Barger et al. 2006), and we know that most people are not aware of how tired they are (Sadeghniiat-Haghigi, 2015) . Fatigue related errors can result in injury or death. Our goal is to use the latest neuroscience technology and knowledge to develop a mobile fatigue assessment platform that does not infer fatigue but directly measures how tired you are via changes in brain activity.

For data collection, we use the PEER application made by SUVA technologies.
We are currently running studies using this technology in mining, hospitals, with the Victoria Harbour Cats baseball team, and in a collaborative project with the NASA HISEAS Mars Habitat in Hawaii.
Last year former MSc student Anthony Pluta (pictured below) ran a study wherein we used the MUSE portable EEG system to see if we could predict baseball batting performance from EEG ("brain wave") activity prior to batting. 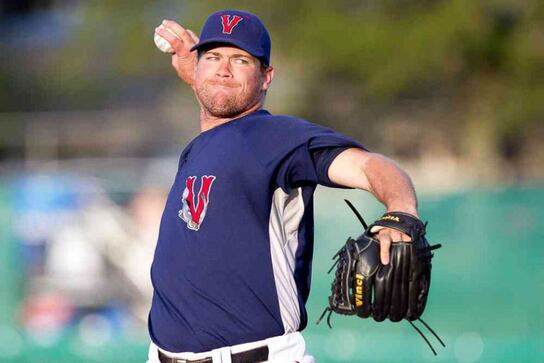 Click here for the CBC story on this project!
Back in the lab, we analyzed the data using a Fast Fourier Transform to see how much EEG power was present in each of the five main frequency bands (delta, theta, alpha, beta, gamma) was present prior to batting. Then, we used correlational analyses to see if there was a relationship between brain activity prior to batting and batting performance. 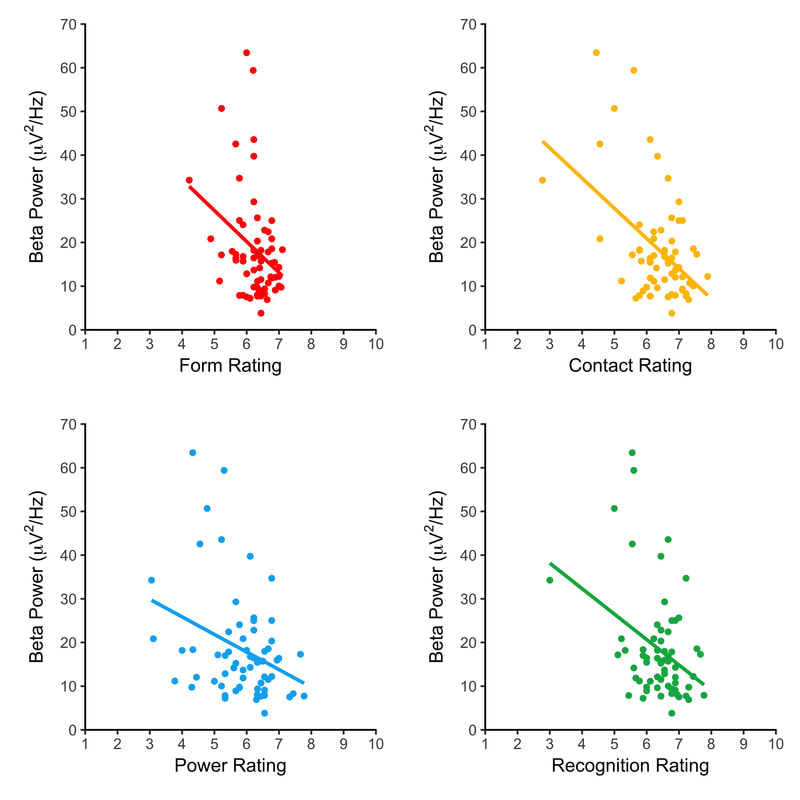 It turns out there was - frontal beta power predicted batting performance. The more beta power present the worse batters performed. One could parallel this with the notion in sports of - "thinking too much". A cool result!
An offshoot of our theoretical neuroscience research, we are using EEG to see if we can tell when doctors are making "gut hunch" (System One) or "analytical" (System Two) decisions. Our hypothesis is that System I decisions will be characterized by increased alpha power over posterior regions of the brain and that System II decisions will be characterized by increased theta power over frontal regions of the brain. 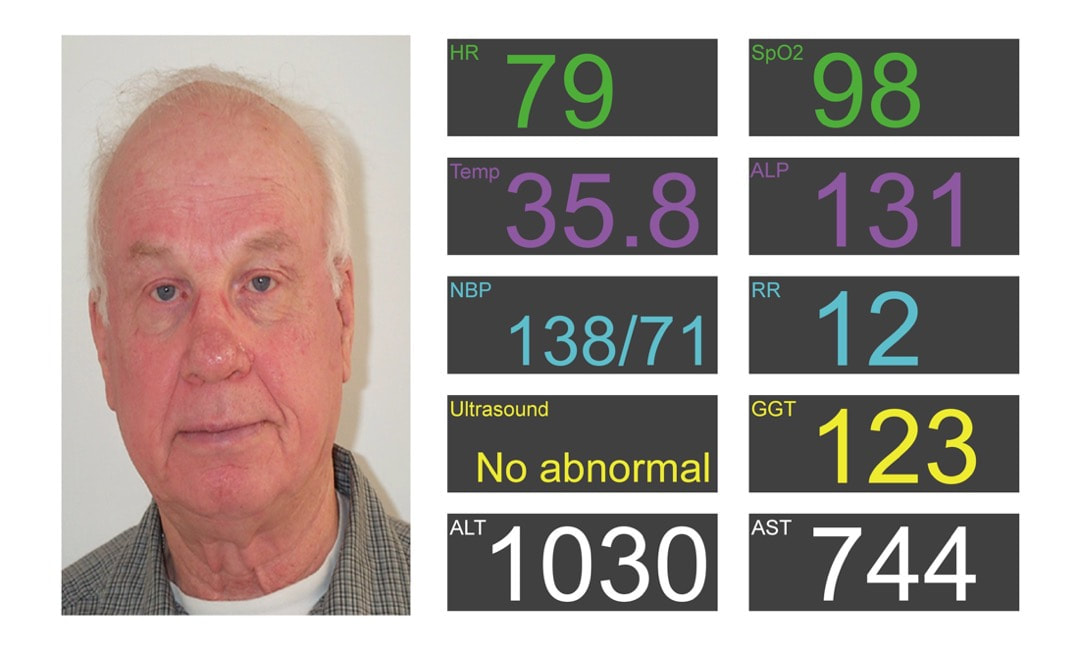 At this stage of the project, we are not looking at actual medical doctors making decisions. Instead, we have participants learn to diagnose clinical cases on a computer and we examine their EEG activity while they make decisions. ​ 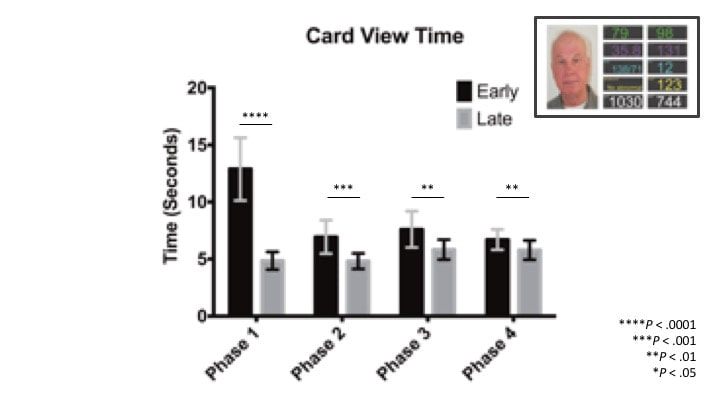 One cool result was that we learned that we could teach first year undergraduate students with no medical training to accurately diagnose liver diseases! 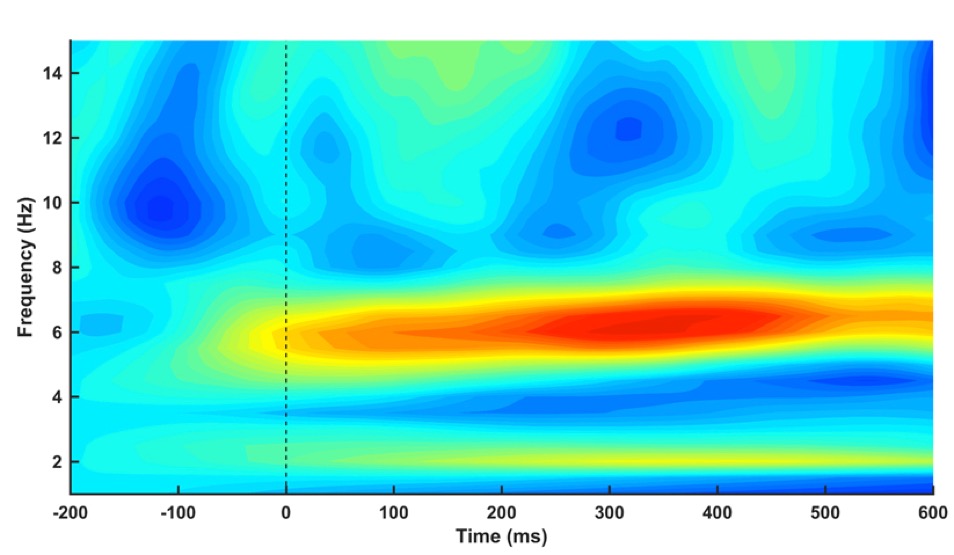 ​In terms of the brain waves, it turns out we were right as well! Here you see a burst of theta activity while one of our participants was making a System Two - or analytical decision.